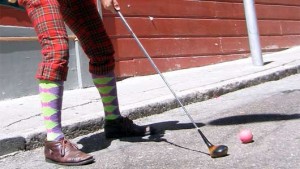 Urban golf (also known as cross golf, street golf or anarcho golf) is where players hit synthetic balls at improvised targets using a variety of clubs.  There are no defined rules – each group defines the target(s) to aim for, the number of shots permitted and the game can be played in a variety of ways.

Urban golf has been considered a “less uptight” form of the sport by its players, which usually consist of 20-somethings. The game can be played on synthetic grass, in the streets, in the city or even at a park. And while there are clearly similarities, unlike frisbee golf, urban golf usually features a distinct lack of nature, is played with balls and “clubs”, and includes a substantially higher frequency of big buildings. And, unlike either frisbee or traditional golf, hazards and bunkers typically take shape in the form of items such as drains and street furniture.

Invented in the 1990s in Berlin, Germany, the game of urban golf has spread across Europe and into New Zealand, and is now gaining popularity in the United States.

Has “urban golf” become a thing in your area?  Let us know!

And for those of you already familiar with the sport, there’s great news: our sister company, Odds On Promotions, can help you insure a promotion around urban golf!  Just give them a call at 888-827-2249 for a free, no-obligation quote… or email them!

To find out more information, also be sure to check out the Wikipedia article on urban golf. 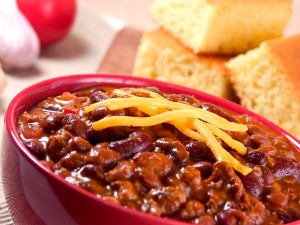 “Chili?”, you’re asking.  That’s right — chili.  On April 14, Gahanna, Ohio area golfers will gather at Gahanna Municipal Golf Course for their annual “Chili Bowl”, which will feature family games, activities, raffles and prizes for all attendees.   According to this article, golfers of all ages and skill levels will be invited for a round of golf and to taste a “hole” lot of chili.

That’s because local area restaurants and business sponsors will all be bringing their own chili to the event, which each and every attendee will be able to sample (rain or shine) … all for a nominal fee of $5/person!

According to Greg Ledbetter, recreation coordinator for the golf course, “Our goal is to let people see the fine golf course we have in our community.  We would like to increase membership and the number of people we have coming out to play.”

Here at Hole In One International, we just think it’s a darn clever way to kick off the season!

Steal this idea and hold your own variation of Gahanna’s “Chili Bowl” to attract a crowd, generate excitement and increase awareness of your restaurant/business!  Have each restaurant/business sponsor a hole on the golf course (hint: Hole In One International’s sponsor signs are perfect for this type of occasion!)

The possibilities are endless.  Are you a restauraunt that serves hot wings?  Hold your own Annual “WingDing!”  Show off your tasty hot dogs at “Duffers and Dogs.”  Seafood restaurants may want people to try their fish recipes at “Fish on the Fairway.”

Get the picture?  We sure do… and it looks delicious! 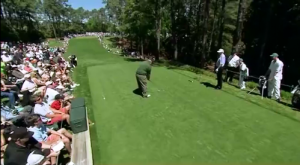 The event may have been canceled early on due to weather; however, Mother Nature herself could not stop professional golfers Mark Wilson, Craig Stadler, and Thomas Bjørn from achieving the statistically near-impossible: all three golfers made a hole in one today, April 4, 2012, during the 2012 Masters Par 3 Tournament.

Looking to insure a hole-in-one contest at your next Par 3 Tournament?  We’ve got you covered!  For as little as $150 per hole, you can insure a great grand prize… and Hole In One International will pick up the tab if one, two or even three of your golfers make a hole in one on any insured hole(s)!  Contact us today for a free, no-obligation quote at 800-827-2249… or email us if you have any questions!

We know what you’re probably thinking: “Two aces during the same round of golf?  What are the odds on that? There’s no way that could happen!”  But according to these stories that come to us from The Northern Advocate, USA Today, Sky Sports and North Fulton, it does… and frequently, at that!

In fact, you’ll notice that not only did these individuals manage to make two hole in ones during the same round, but all of them happened this year… and 2012 has only just begun!  Suddenly those 1 in 67 million odds don’t seem so far-fetched, do they?

The aforementioned stories are a prime example of why choosing the right hole in one insurance coverage makes all the difference!

“Why choose Hole In One International versus the other hole in one insurance coverage companies out there?”

We’re glad you asked! When you choose to insure your event with Hole In One International,  for as little as $150, each and every player at your event has a chance to win thousands of dollars in cash and prizes … But,  unlike many other hole in one coverage companies, Hole In One International pays for multiple hole in ones.  That’s right: that minimum $150 premium doesn’t cover just the first hole in one that’s made — it covers each and every one made by any/all of your tournament players.  Plus, you have the added peace of mind of working with a hole in one insurance coverage company that is underwritten by an A-rated insurance company (Praetorian).

It doesn’t get any better than that!

Want to make sure that any lucky player making double aces during your tournament takes home a prize – or that everyone who makes an hole in one will get a prize winner this season?  Then give Hole In One International a call at 800-827-2249 to speak with one of our experienced contest consultants or email us for further information on how to get started!

Hole In One International » Golf » Unusual