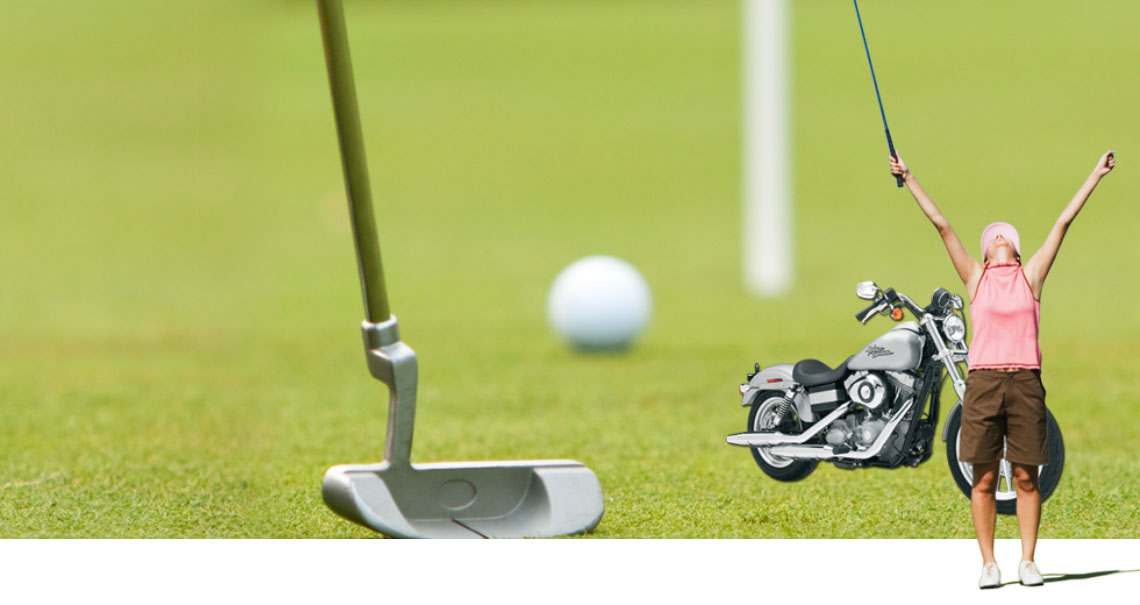 How Does Putting Contest Insurance Work?

Putting contest insurance allows golf tournament sponsors and organizers to give participants the opportunity to win amazing prizes such as golf carts, jewelry, new cars, even $1,000,000 if someone sinks a putt before, during, or after a golf tournament.

In a single putt contest, a predetermined number of finalists get the chance to make one putt for your prize. In a combination putting contest, everyone in the tournament gets a chance to win, by successfully sinking all three putts in a row — a 10-foot putt, a 30-foot putt, and finally, a 50-foot putt.

For example, following their annual outing, ABC Charity holds a putting contest. Everyone in the tournament who makes a $25 donation gets a raffle ticket for a chance to participate in the putting contest which is sponsored by XYZ Auto Dealer. At the end of the tournament, 5 golfers are randomly drawn and each person gets a chance to putt for a brand new car. As it turns out, Mr. Putter successfully makes a 50-foot putt and wins the car, so the insurance company writes XYZ AutoDealer a check to reimburse him for the cost of the car.

Want to learn more about running a successful putting contest?

HOW TO BUY PUTTING CONTEST INSURANCE

We’ll give you a free, no-obligation Putting Contest Insurance quote, issue the necessary paperwork, and get ready to rush the green!