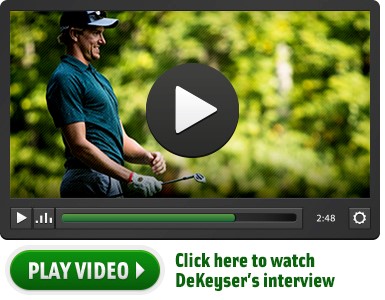 Traverse City, Mich. – There’s no question about it, having hole in one insurance pays big dividends during any golf event, especially tournaments featuring professional athletes like hockey players.

DeKeyser won the 2-year lease after he aced the par 3 155-yard 17th hole on The Bear Course at the Grand Traverse Resort and Spa, during the team’s 19th Annual Detroit Red Wings Training Camp Classic.

According to DeKeyser, who describes himself as an “OK golfer”, he was aiming directly at the stick and thought he had a pretty good shot. Turns out the ball landed about 12 feet behind the hole and started spinning back towards the cup. This was DeKeyser’s first hole in one. As luck would have it, this was not DeKeyser’s only winning shot of the day. He also took home a brand-new driver after he won a long-drive competition.

Looking to add some excitement to your next team, company or fundraising golf outing? Email or give Hole In One International a call today at 800-827-2249.