Indianapolis, Ind. – Congratulations to Brandon Lewis of Indianapolis who won $5,000 last Fall in a single putt putting contest insured by Hole In One International.

Lewis made the impressive 50-foot putt on the practice putting green at Broadmoor Country Club following Noble of Indiana’s fundraising golf tournament. Lewis qualified to take the putt after a winning a pair of “closest to the hole” contests.

Check out Lewis’ response when he realizes he nailed the big prize putt.​

A single putt putting contest is a fun and easy way to add excitement – and generate additional revenue – during any fundraising tournament. You can capture additional donations by giving players the option to participate in the putting contest, or you can use a putting contest to create an additional sponsorship opportunity for a local business. Even better, you can do both.
Interested in getting a complimentary quote on your event or learning more about Hole In One International’s affordable single putt and three-putt combination putting contests? Email or give us a call today at 800-827-2249.

Wishing you were watching Tiger Woods instead of Tiger King? Well, you’re in luck! Because we’ve got a can’t miss golf putting winner video for you!

See how Michael Meier of Edgewood, Ky nailed an impressive 94-foot putt and won $5,000, courtesy of Barleycorn’s, and paid for by Hole In One International’s sister company, Odds On Promotions.

Meier won the prize at half-time during the Northern Kentucky University men’s homecoming basketball game after he was randomly selected via a registration form, to participate in the Barleycorn’s $5,000 putting contest. He nailed the shot, sending the entire arena into a frenzy and landing the substantial cash prize.

“I have been watching the contestants over the last couple of years and many have gotten so close. The hardwood is so much faster than an actual green so everything has to be in perfect alignment to sink it,” noted Joe Heil, Barleycorn’s owner and longtime NKU Norse basketball sponsor. “This putt had the speed and the accuracy. It was thrilling to watch!”

Are you looking forward to getting back to business? Email or give us a call today to find out how we can help you make the most of your “grand re-opening” event. Or, how you can have a golf putting winner of your own!

Modesto, Calif. – Imagine making a 50-foot putt and hearing a crowd of spectators go wild, but not knowing you just scored a giant prize. Now imagine what your response would be when you found out you were taking home $10,000 along with bragging rights. That’s what putting contest insurance can do!

Mark S. of California putted his way to $10,000, courtesy of Spring Creek Golf and Country Club, and paid for by Hole In One International, after he nailed an impressive 50-foot putt surrounded by a gallery of fellow golfers.

Mark S., who has participated in this invitational putting contest for a few years, had no idea what was on the line when he made his epic putt. And, while it’s safe to say some of the crowd may have known, Mark’s response when he found out is both unforgettable and entirely understandable.

Watch his incredible putt, listen to the crowd, and then imagine what it would be like to give your tournament participants the chance to win a trip to the Masters, a brand new car or truck, or even, a million bucks knowing Hole In One International will be there to write the check when you have a big winner.

Email or give us a call today at 800-827-2249 to obtain a free, no-obligation putting contest insurance quote of your own. 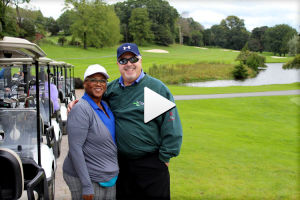 Palumbo scored the giant cash prize in September after he aced a 55-foot putt on the putting green of the Farmstead Golf and Country Club in Lafayette.
The putting contest, which was part of the 2018 WNNJ Mulligan Classic, an annual client golf outing hosted by Sussex iHeart Media, featured a series of qualifying putts where one finalist was able to attempt the $10,000 putt, insured by Hole In One International.
Looking to add some sizzle to your next company, corporate or fundraising golf outing? Give Hole In One International a call today at 800-827-2249 or swing by www.HoleInOneInternational.com for an instant quote. Who knows, maybe you could end up with a putting contest winner of your own! 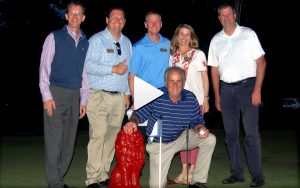 Audie won the cash prize after sinking a 50-footer during a putting contest, which took place on the practice green of the Capital City Country Club.

The putting contest is part of the Leon High School Foundation’s annual Spring Fling fundraiser which also features a dinner and silent auction. The Foundation provides financial support as well as materials and services to Leon High School for academic and educational aid as well as scholarships for graduating students.

Check out Audie’s winning putt and the crowd’s reaction to his big win.

Want to insure an event of your own and have your own putting contest winner? Then give us a call at 800-827-2249 or visit our website for a free, no-obligation quote!