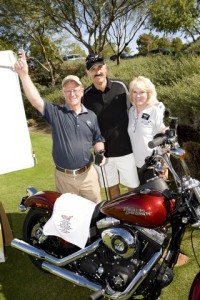 Dayton scored the ace, his second, using a 5 wood. But that wasn’t the only thrill… turns out that along with winning that sweet set of wheels, one of the witnesses to Dayton’s shot was none other than baseball Hall of Famer Rollie Fingers, one of the tournament’s many celebrity participants. 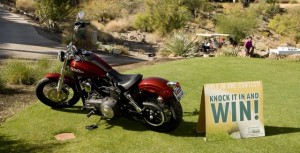 While having someone ace a shot is always amazing, this tournament had winners on many levels. That’s because over $160,000 was raised for the benefit of paralysis patients and scientific research.